Most Powerful Quartet is Morocco Bound

Most Powerful Quartet is Morocco Bound

A quartet of Sanmar’s very powerful latest development, the Bigaçay Series of fire-fighting ASDs, designed exclusively for Turkey’s leading tug builder by Robert Allan Ltd (and designated by them as the RAstar 2900 SX) are on their way in convoy across the Mediterranean to North Africa and the Kingdom of Morocco to form the nucleus of Svitzer’s fleet at the Tanger Med 2 terminal. The four boats, the first in a newly launched series, are claimed by Sanmar’s project director, Ali Gürün, to be the most powerful to serve in the Mediterranean Sea region.

Svitzer Tanger, Svitzer Tetouan, Svitzer Chefchaouen and Svitzer Al Hoceima all measure 29.4m LOA with a beam of 13.3m and attain a bollard pull ahead in excess of 90 tonnes and a free-running speed of around 14½ knots. The propulsion plant consists of a pair of 2700kW MTU engines turning Schottel SRP560 CP Rudder propellers giving high performance yet still inside a relatively compact hull. Knut Müller, head of the marine and government business division at MTU, said: “This is the first time high-speed engines have been used to power harbour tugs in this power class. To date, it has only been possible to use medium-speed engines for harbour tugs with a bollard pull of over 85 tonnes. Electrical power is supplied by two 99ekW Caterpillar C4.4 generator sets.” 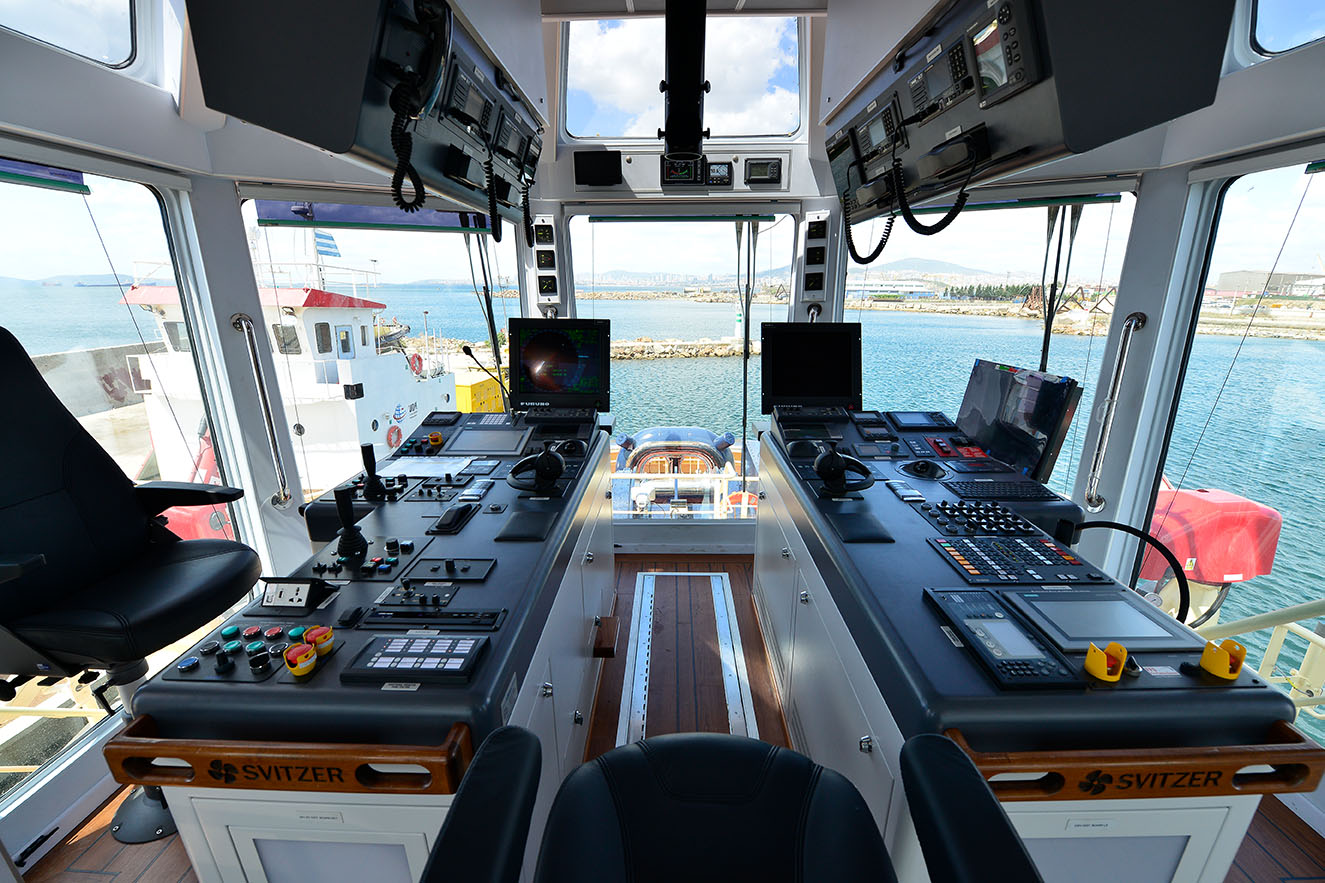 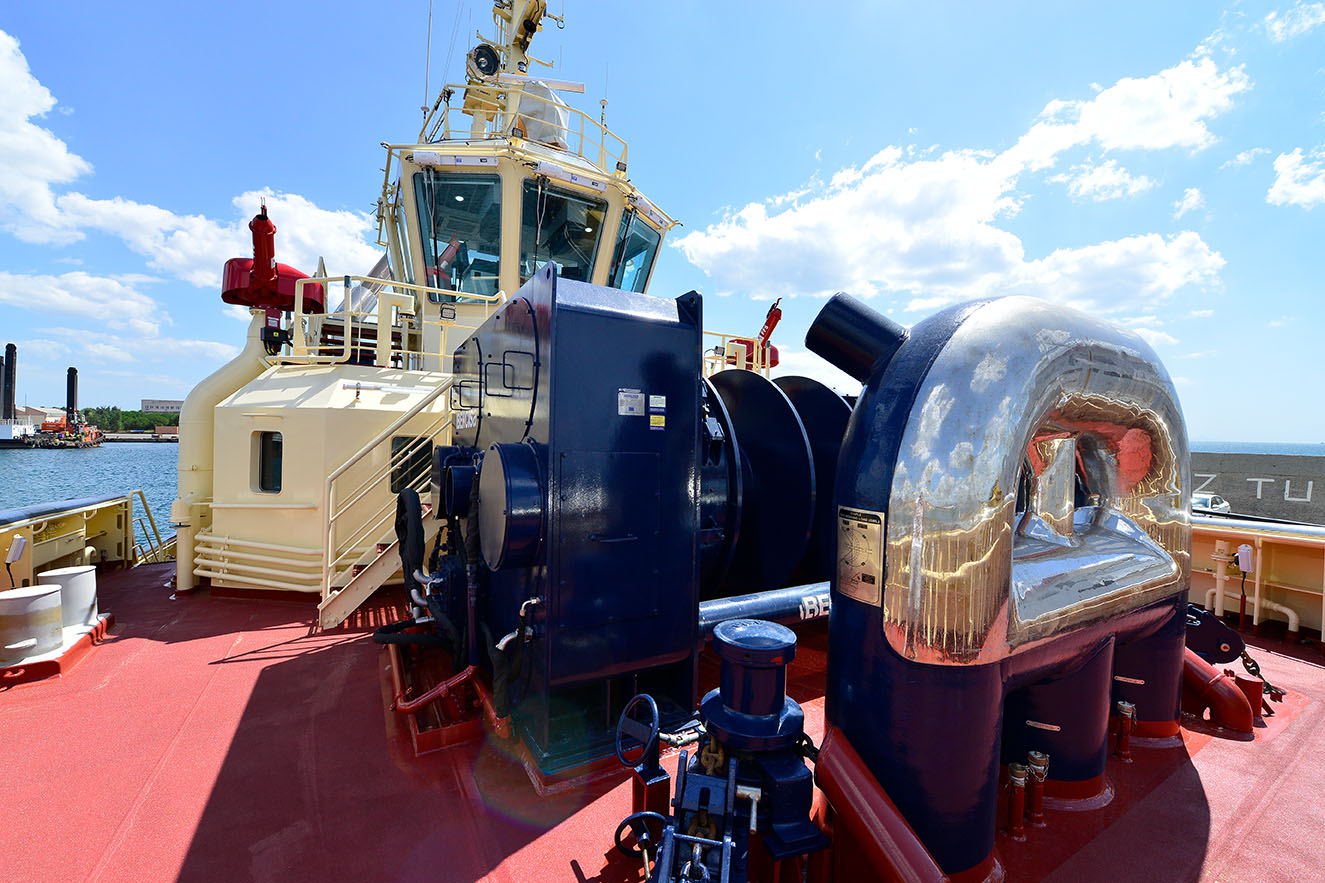 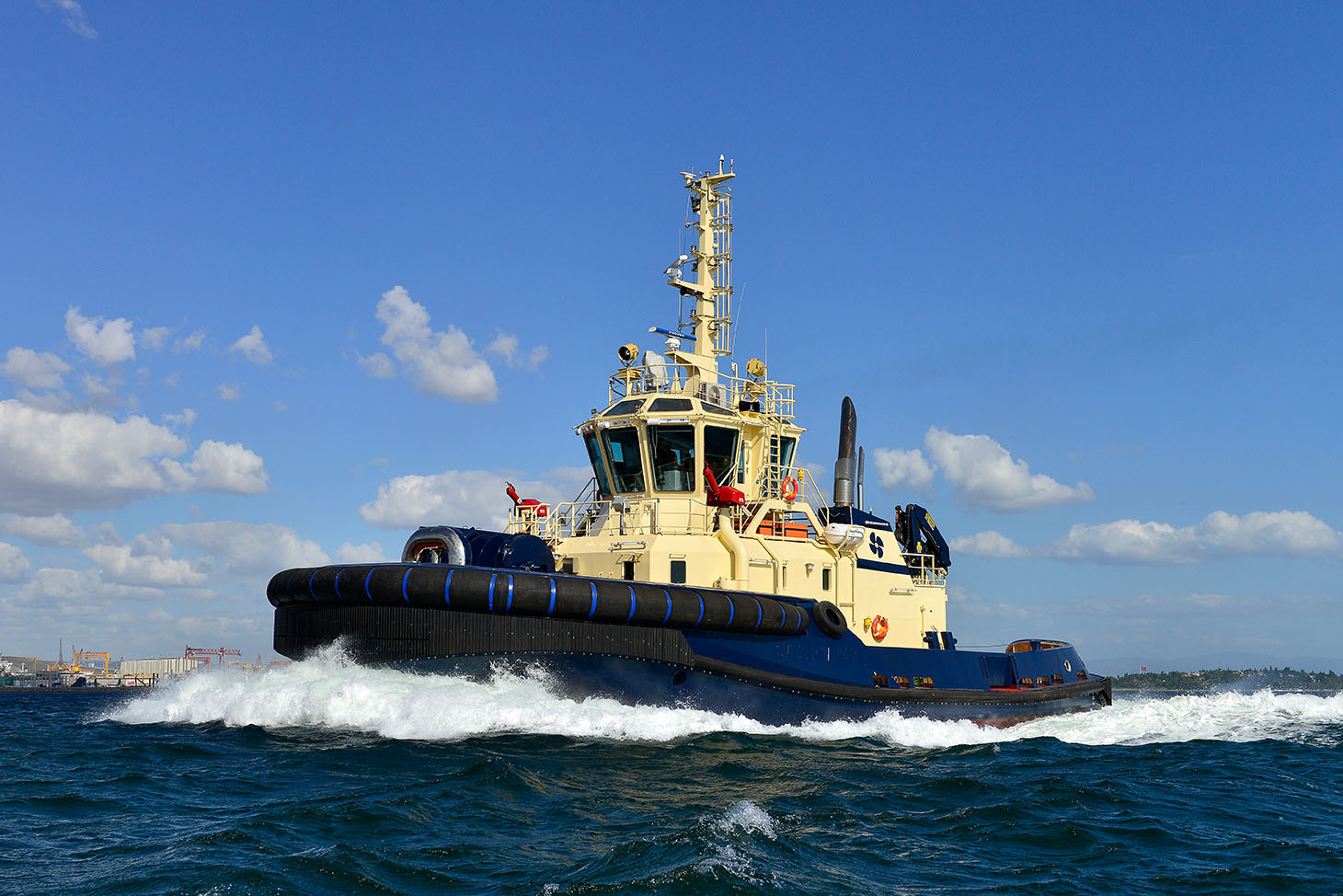 A variant of the well sought after RAstar range of tugs designed by Robert Allan Ltd, the Bigacay series has been exclusively developed for Sanmar. Giving high performance with exceptionally high bollard pull, these still compact tugs are aimed at ensuring efficient construction while still meeting the customization requirements of discerning clients. The RAstar escort/offshore terminal tug designation is reserved for a range of high performing ASD tugs with unique sponsoned hull form which has been proven to provide significantly enhanced escort towing and sea keeping performance.

The new tugs all have first class accommodation for eight persons. The master and chief engineer both have single en suite cabins on the main deck alongside a generous lounge and mess area with separate galley. Access from the aft deck is via a wet room with easily accessible head compartment. The lower accommodation deck comprises three twin berth cabins, all en suite, a storage area and a laundry. A switchboard room is accessed via the engine room. 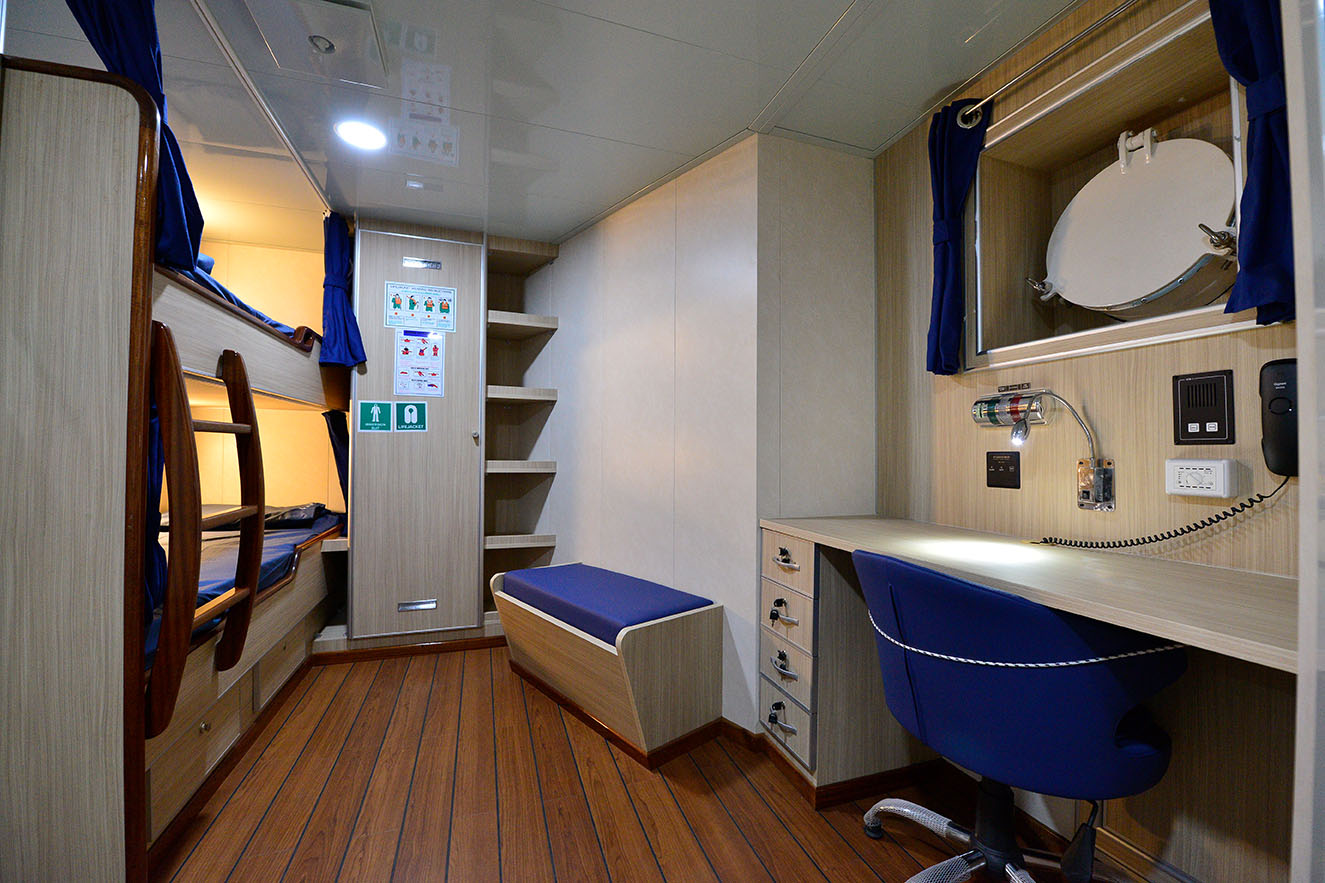 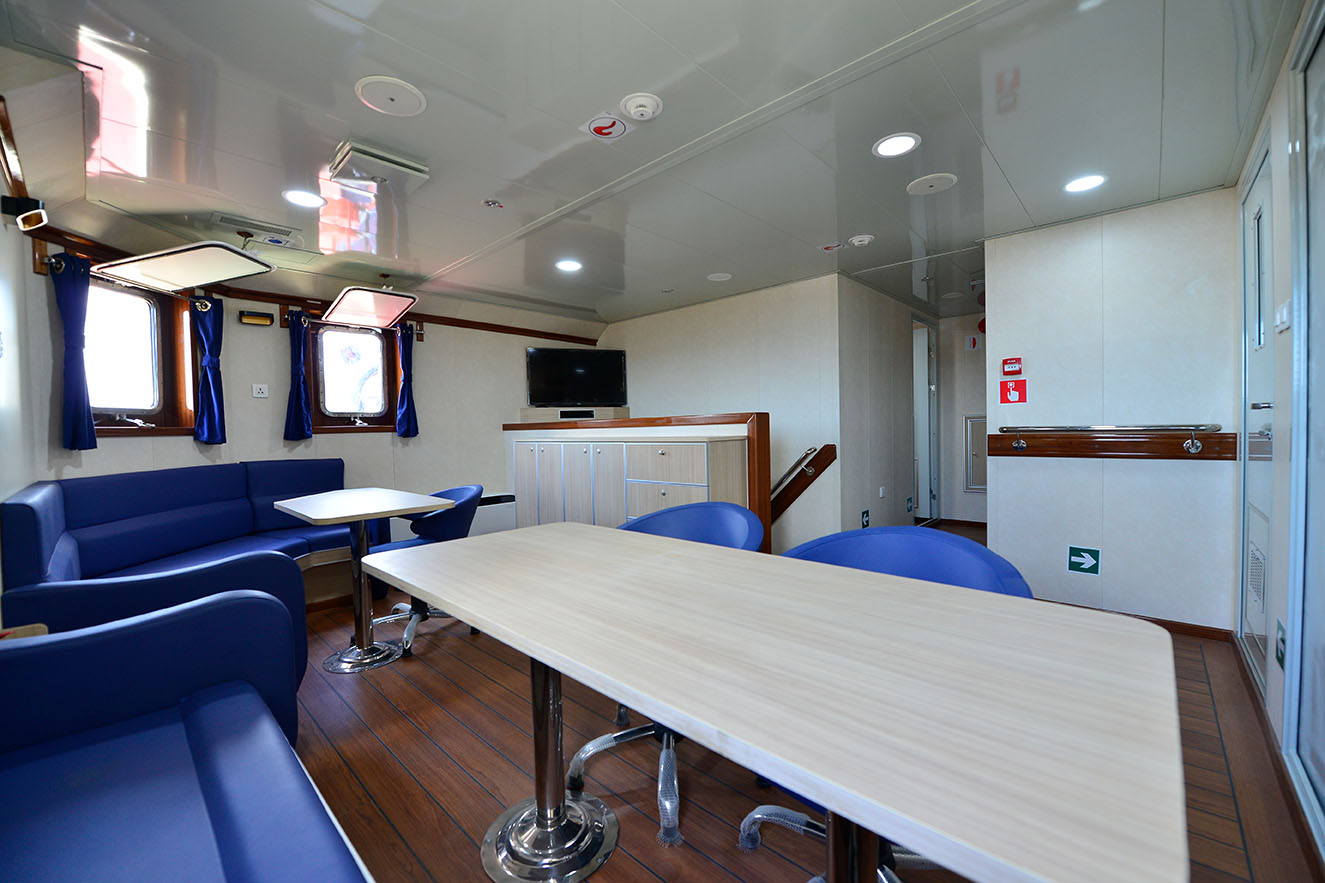 Sanmar, an experienced operator in high ambient temperature conditions as well as a leading constructor with two custom-built shipyards, has taken special care to ensure crew comfort at all environmental conditions with a comprehensive HVAC system throughout the accommodation areas. Additional separate split type A/C units are fitted in the wheelhouse. Sound levels according to the requirements of flag authorities are achieved with the use of resilient mounts to engines and essential equipment including hydraulic pipes. 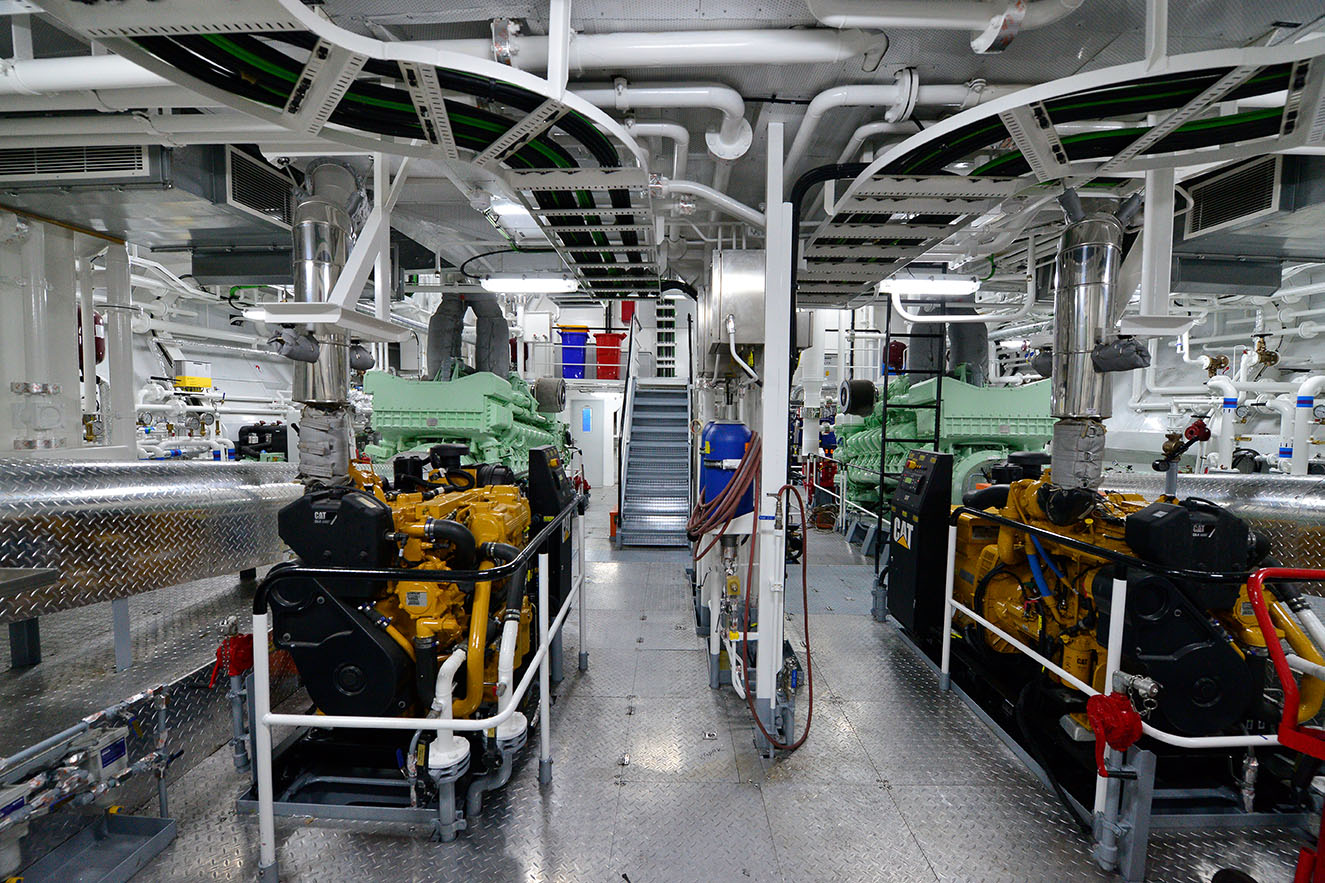 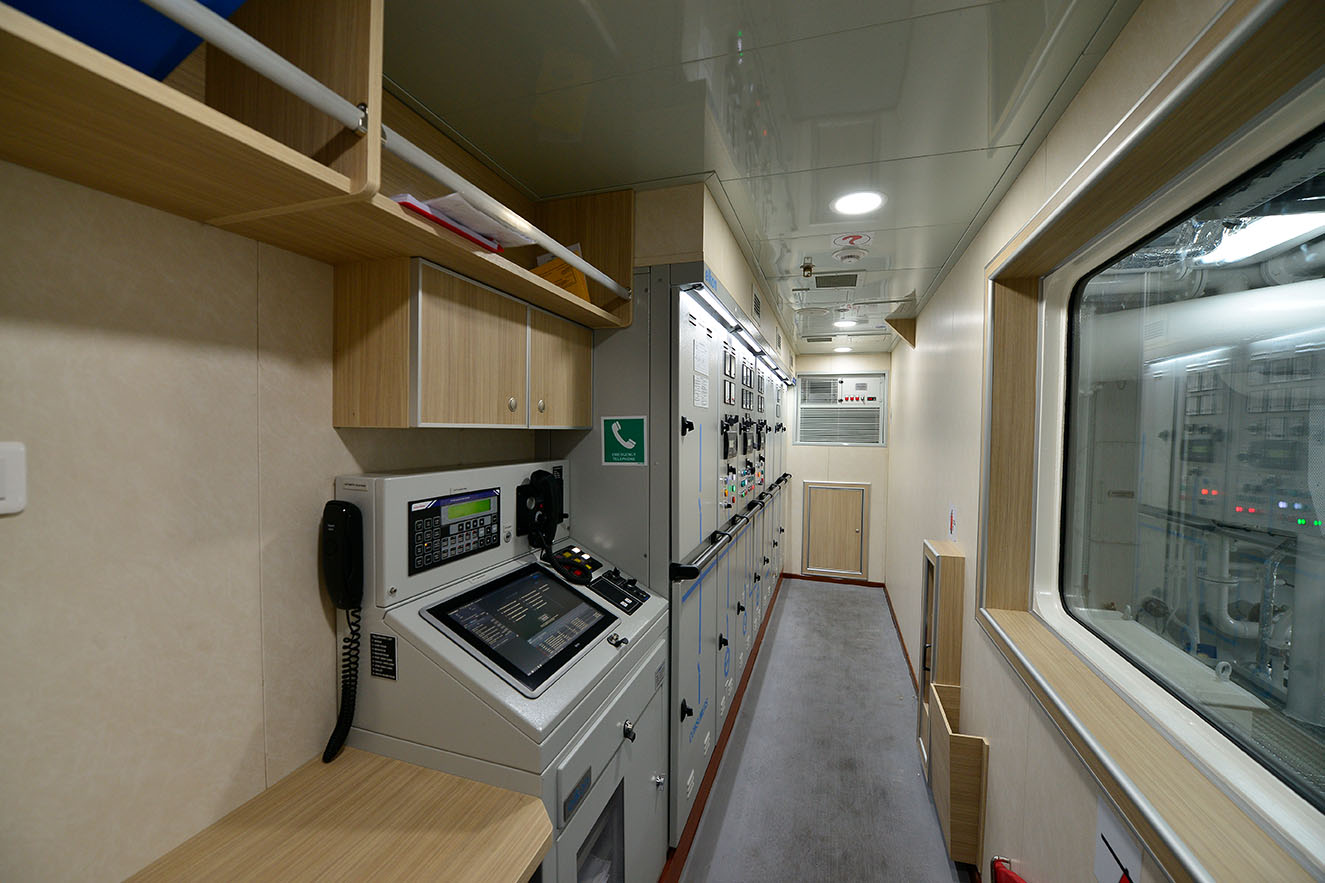 Featured among the deck machinery items are an Ibercisa escort towing winch forward, and another from the same manufacturer aft. Other items include a capstan with 100 tonne towing hook by Data Hidrolik, a Data anchor windlass and a Palfinger deck crane. The main engine driven external fire-fighting system by FFS is to ABS FiFi1 notation with two forward bridge deck mounted monitors.