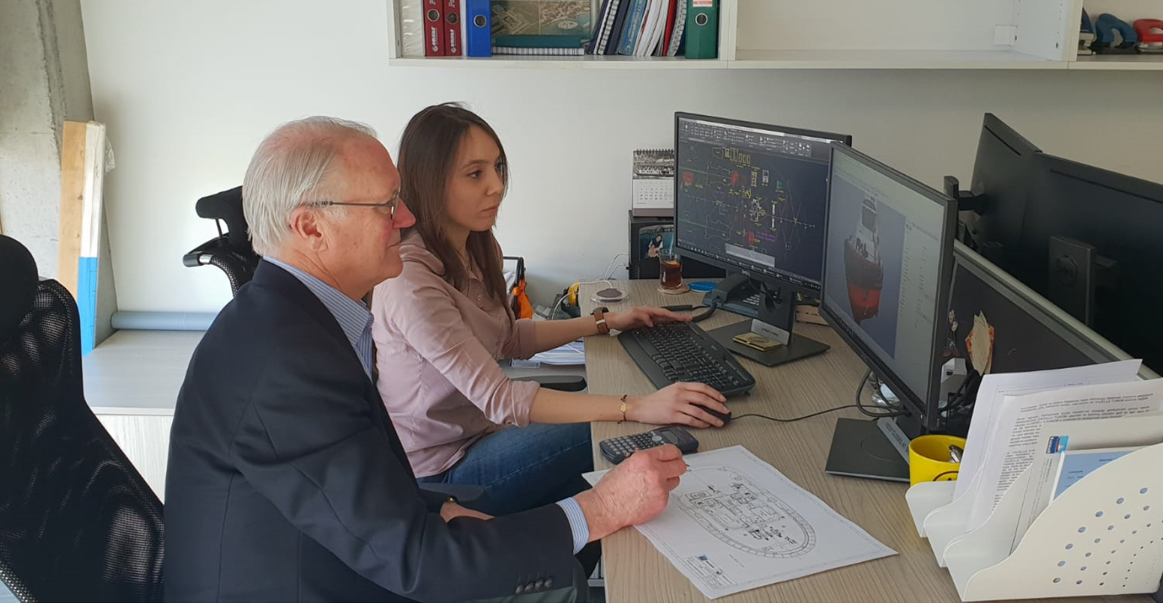 Even though Sanmar Shipyards has an outstanding portfolio of proven tugs, primarily of advanced, state-of-the-art, Robert Allan Limited design, the leading Turkey-based international specialist tug builder is conscious that experienced operators often have their own preferences to suit local operational practices and prevailing sea conditions. For that reason, Sanmar is including Design Manager, Ozer Ilhan, in its personnel attending Tugnology 19 in order to highlight the company’s ‘custom-built’ philosophy.

“I have some special members on my team who are not only fully qualified naval architects but specialists in the field of computer generated graphics, a uniquely valuable tool in demonstrating to the client how modifications to the standard model will affect the vessel” says Ozer. “We recently invited Mr Tom Woolley, owner and managing director of the UK’s Targe Towing to Sanmar headquarters in Tuzla, Turkey, for a session with our Mrs Ozge Abanuz so he could get an impression of how the new tug he had ordered from Sanmar would look when his special requirements had been incorporated.

Mrs Abanuz joined Sanmar in 2013, to become the company’s first woman naval architect having obtained a degree at the ITU Faculty of Naval Architecture & Ocean Engineering in Istanbul, the country’s premier teaching establishment in the field. Promoted two years ago to the position of project engineer, she is a fisherman’s daughter and a professional Scuba diver and maybe her future was determined whilst at school when she built a scale model tug boat.

Sanmar is a modern progressive company and has for several years employed a number of female naval architects as a matter of policy. As Ozge Abanuz explains, “People outside Turkey don’t realize that Mustafa Kemal Atatürk, the founder of the Republic of Turkey, gave women the vote a full decade before many European countries achieved the same level of equality.”

Some 200 Sanmar tugs are in operation all around the world including Africa, the Middle East, Central and North America, Europe, Asia and the Antipodes. The range includes both Voith and Z-drive tractors and ASDs.