Sanmar has achieved considerable success in recent years with Italian based towage companies. The Turkish operator with an unparalleled tug building record has supplied 12 tugs to Italy since 2010 with several more under construction. 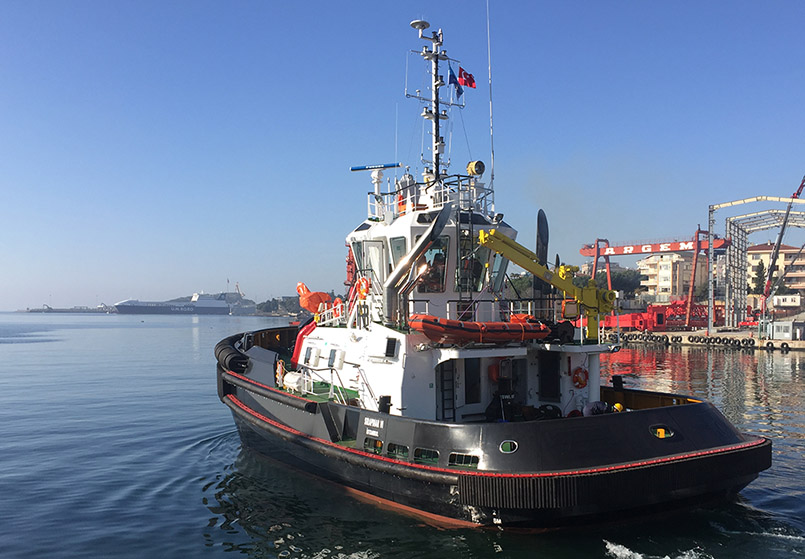 The sixth and latest example of the relatively new Sirapinar ASD class has arrived in Naples, Italy, to enter service with Rimochitori Napolitani. Named Vivara, the vessel is an identical sister of the tug Marechiaro recently delivered by Sanmar to the same customer.

The new design is named as RAmparts 2200SX, designed exclusively by Robert Allan Limited for Sanmar, this series is based on the phenomenal success of the slightly larger Bogacay Series.  The hull of the new 22m tugs available in 45 to 60 tonne bollard pull versions, is similar to their bigger sisters and can run astern at high speeds, whilst maintaining good control and directional stability in all directions.

Measuring 22.40m overall with a beam of 10.85m and maximum draft of 4.67m the two new boats for Italy have been built to RINA class and Italian flag requirements and are powered by pairs of 1500kW Caterpillar engines.These turn Schottel azimuthing Rudderpropellers to give a trials performance of 50.2 tonnes bollard pull ahead and a free-running speed of 12.6 knots. 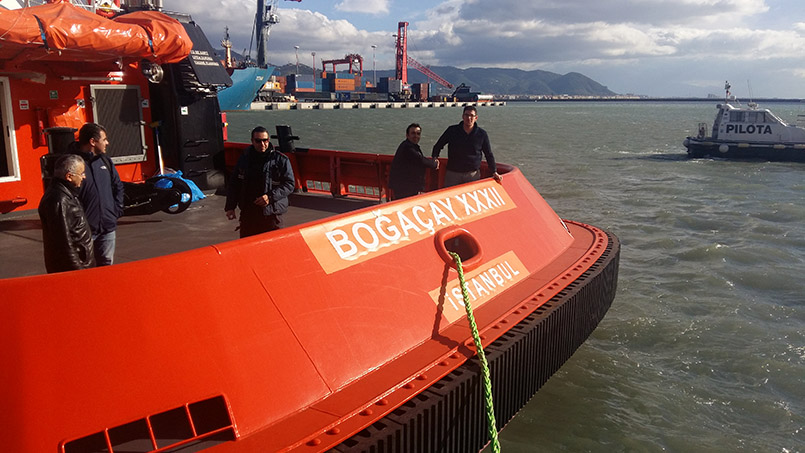 The Bogacay Class, RAmparts  2400SX with its slightly bigger hull size giving it the capability of accepting more powerful engines for more bollard pull remains a highly popular model and another Italian operator, Rimorchiatori Salerno Srl, opted to augment its existing fleet with this design in order to keep up with an ever increasing number of ships’ calls and to satisfy the needs of ever increasing ship sizes in Salerno harbour.

This tugboat,  previously known as Bogacay XXXII, but renamed Citta di Salerno, measures 24.4m x 11.25m with an extreme draft of 5.1m and is powered by a pair of Caterpillar 3512C main engines driving Rolls-Royce US 2015 FP Z-drives mounted aft. This configuration gives a bollard pull of 60 tonnes. 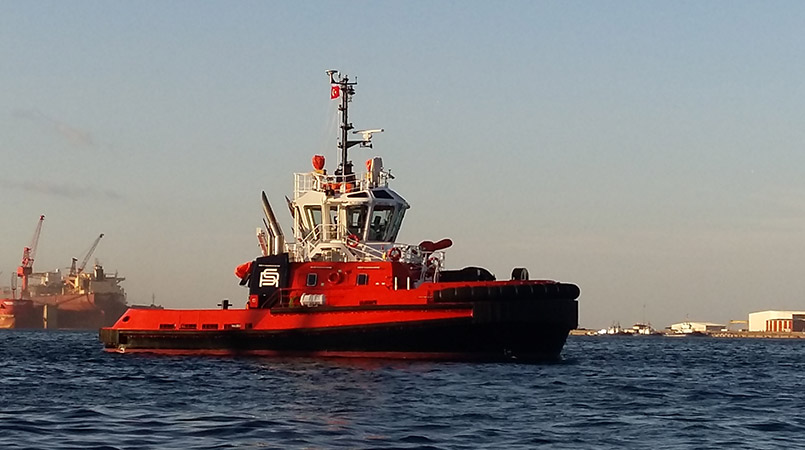 Both of Sanmar’s two shipyards have been custom built and offer easy access to the Mediterranean and beyond. A Spanish operator, based in Vigo has already taken delivery of a further 50 tonnes Sirapinar series vessel whilst pending deliveries to the region include a 70 tonnes Voith tractor tug for Italy whilst yet another leading Italian operator is expecting the spring delivery of 80 tonnes ASD tug.