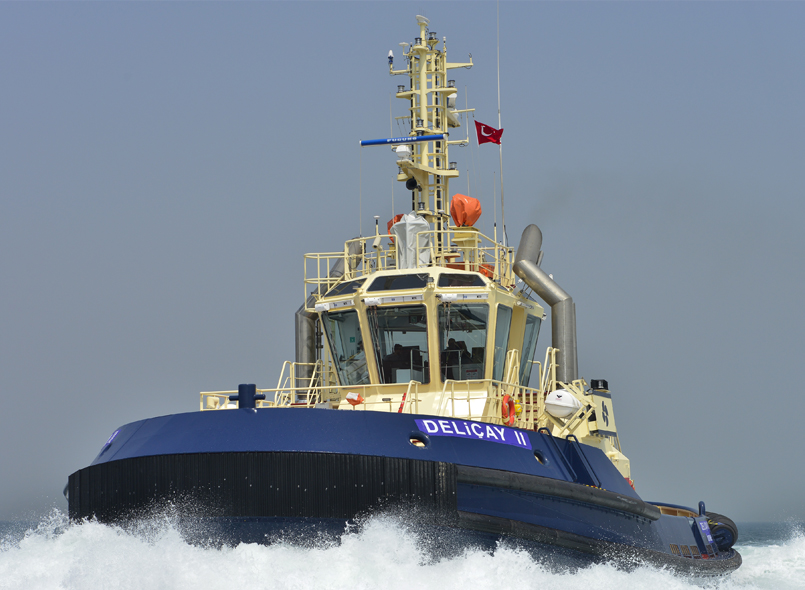 Delicay II, now renamed Svitzer Vale, is to be introduced to the Port of London. Delicay III, to be called Svitzer Meridian will follow later in the summer to relieve Svitzer Vale which will then join the fleet in the company’s Scandinavian and German cluster and will be based in Bremerhaven. The two vessels are virtually identical except that the second boat has been equipped to full FiFi1 notation whereas the first to arrive in London is FiFi½.

The tractor tug was originally developed mainly for ship-handling due to its exceptional manoeuvrability and safety in operation and is preferred by many experienced operators. The main difference between the tractor and ASD type of tug is the location of the propulsors. Aboard the Delicay Series, they are forward mounted Z-Drives. Aft is a fixed skeg. 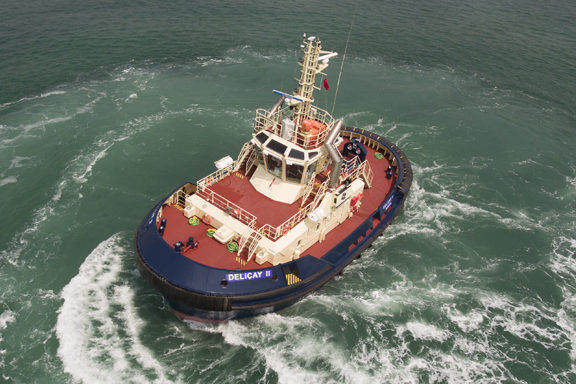 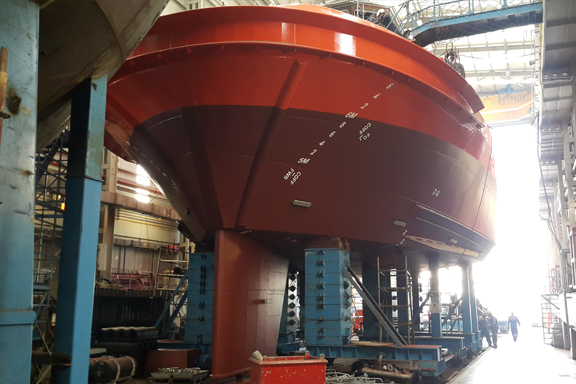 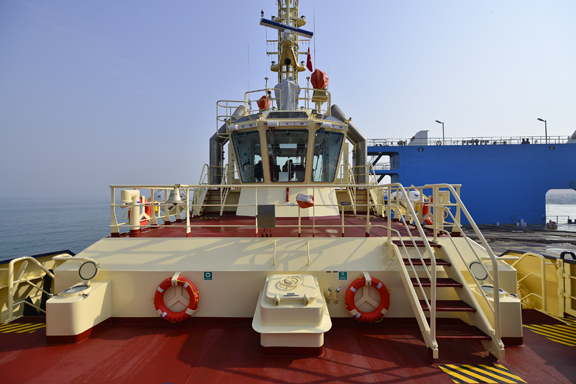 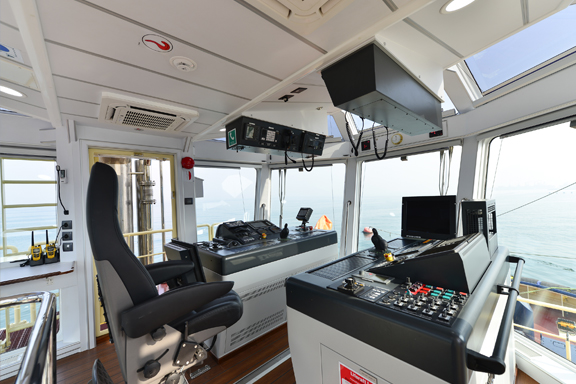 Both Svitzer Vale and Svitzer Meridian measure a compact 25.3m x 12.0m and have a bollard pull of 70 tonnes from a power plant which comprises twin Caterpillar engines coupled to Rolls-Royce Z-drives. Accommodation is to Sanmar’s usual impeccably high standards for up to six persons. All cabins have en suite facilities and the mess, lounge and galley are intelligently laid out to European standards of comfort and quality. Throughout the accommodation and wheelhouse there is heating, ventilation and air-conditioning by central HVAC system. All accommodation is above the waterline. 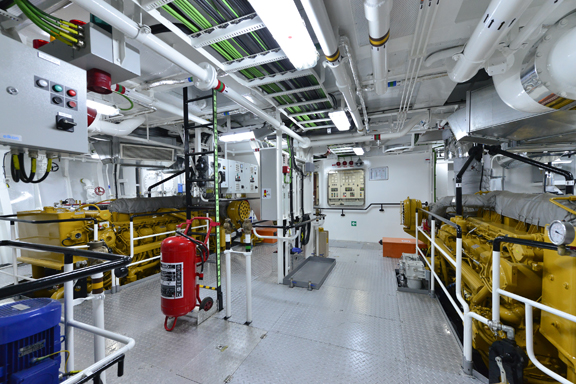 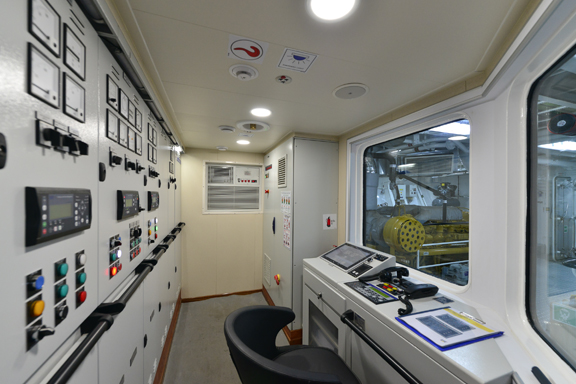 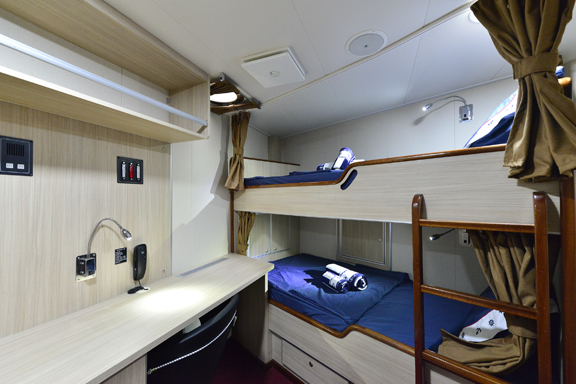 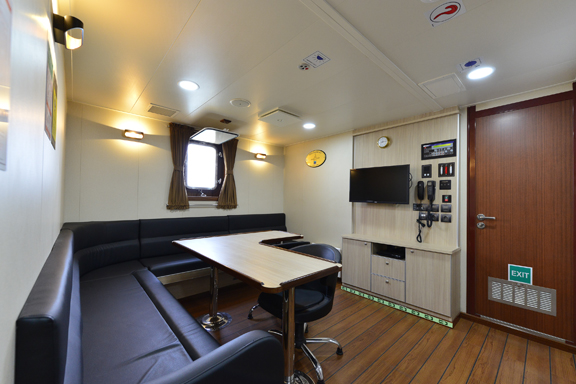 The Delicay or TRAktor-Z 2500SX (to use its RAL designation) is a small tug that can do the work of its larger predecessors. This compact design offers tugboat owners and operators the versatility and flexibility to customize the design for their specific operations and ports. The vessels are fitted with the Robert Allan Limited developed StRAke Wake Stabilisers. The result of much research and development by senior naval architects at RAL, these unique devices mounted at the stern of a tractor tug are very effective in damping out oscillatory motion across the entire speed range. Simple and cost effective, the devices show no negative effective on performance, ahead or astern. Easy to install, Sanmar intend fitting these stabilisers to all its tractor configuration ranges.

Commented Sanmar’s Ali Gurun: “In an ideal world, customers require a bespoke product with immediate delivery. We intend to achieve as close to this as possible by providing a tailored tug in the shortest time by having a basically standard product but with a host of individual variations. Even extending to a Rotortug option replacing the aft skeg with an additional Z-drive.”